I'm in a group on Facebook called The Young Clergy Women Project; it's a space for clergy women under 40 to share stories, frustrations, joys and concerns with one another as we work our way through this thing called life and ministry.  There are also many subset groups, including one specifically for United Methodist young clergy women.

It was in this group on Friday that the call went out for all of us to wear our rainbow stoles on Sunday and take a selfie.  There is a lot going on in the UMC right now.  I don't want to get into politics or religious debates, but suffice it to say there are reasons I'm leaving full time ministry for a while and the way my denomination treats LGBTQ people is one of them.

It's a small gesture, useless in some people's eyes, but I like to think the act of wearing a rainbow stole means something at least. 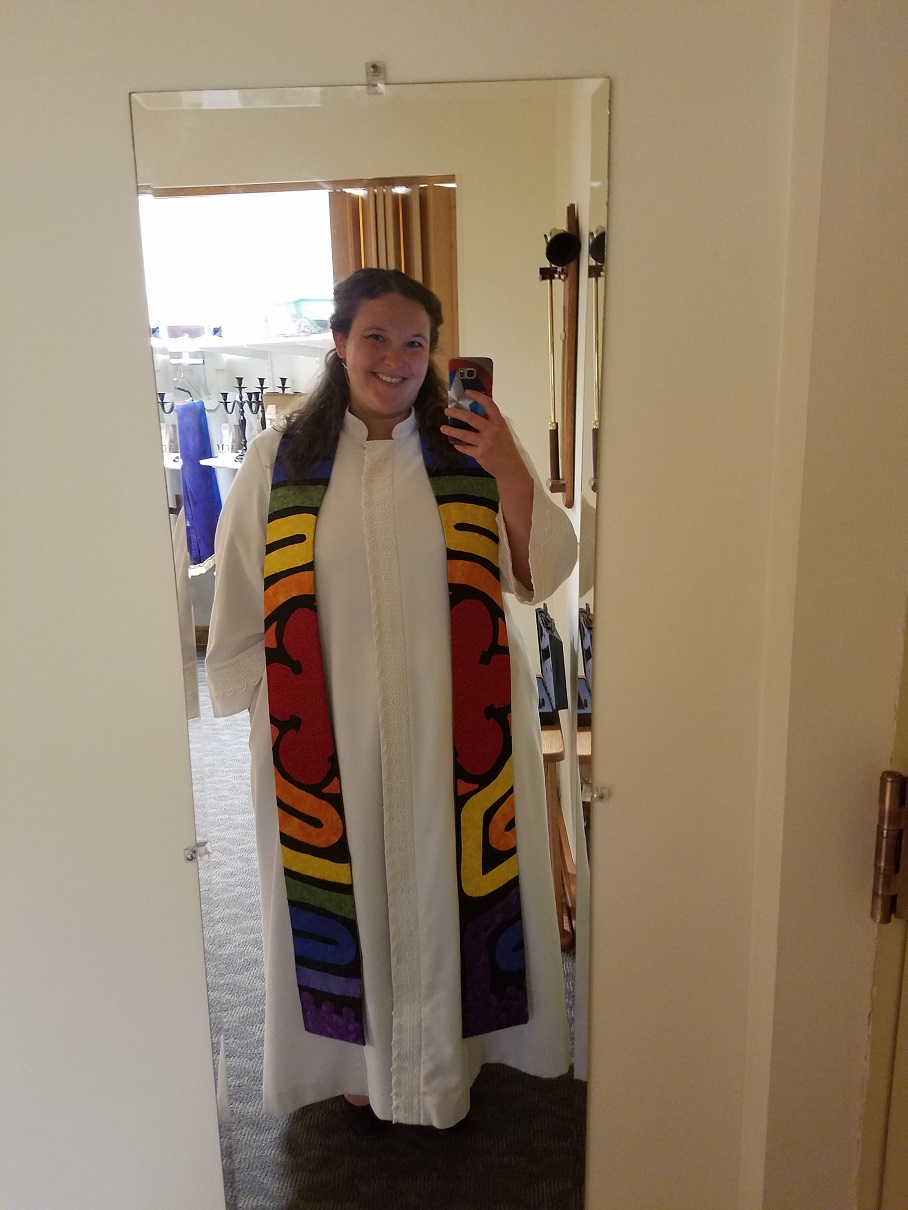