Ok so it's not the most creative title for a first blog post...but I'm a pastor so Bible humor always makes me chuckle. If this counts as humor. It definitely counts as a Bible reference, and it makes me laugh, so I'm gonna say it's totally Bible humor.

Anywhoozle. We are at the beginning - of this blog, and of the year 2017. I love the beginning of a new year. It feels fresh, clean, full of hope and promise. And this year feels that way even more than mostfor reasons that will eventually become clear. For now, I want to share about my first day of 2017.

Our friend Alexyss was in town, and we decided to hop in the car and drive around. As we left our street, I remembered an idea I had read about a few years ago. We decided to take a quarter, flip it, and let heads or tails decide whether we went right or left every time we came to stop. Eventually we modified the game so we would flip to decide straight or turn, then flip to determine which way to turn if necessary.

The quarter got a name - Francisco. Francisco was in charge of our fate!! First Francisco took us to the humble town of Humboldt. We called an audiblefrom the game so we could pull over at a park. It was freezing but we hopped out for a quick photo op with the wrestling champion of the world!

When we got back to the car Francisco pulled a disappearing act and fell between the seat and the center console. You know that place. The dark hole that small items disappear to never to be seen again. We said a quick R.I.P. for Francisco, then quickly crowned his successor, Malachi. At first Malachi was great, helping us a find a place to stop for coffee and donuts. But then he started sucking. So we fished Francisco out of his deep, dark hole, (the car was moving, seat belts were off, it was risky but he was worth saving!) and put him back to work.

Francisco drove us by a sign for a town called Bradgate. Large signs for small towns are common in rural Iowa, but this one intrigued me because this was the town slogan: "The town that wouldn't die." I had to see such a resilient town, so we called another audible and drove straight to Bradgate! 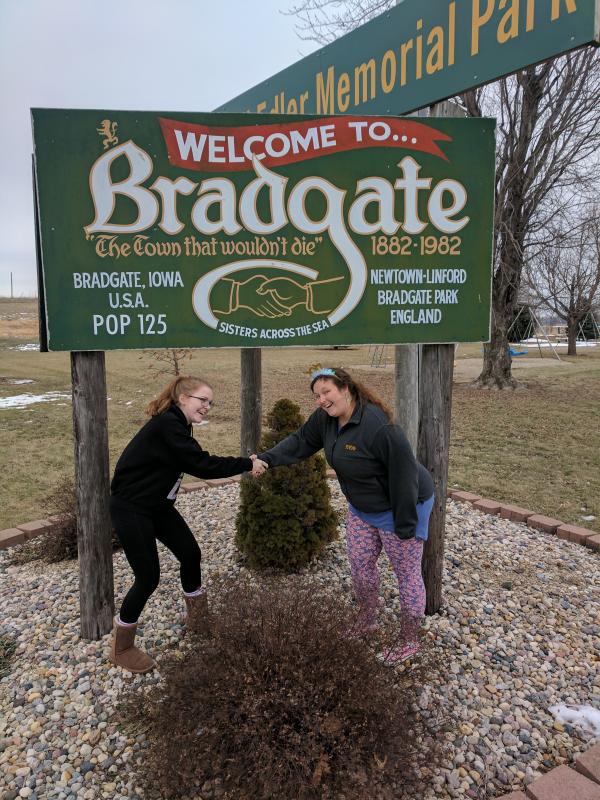 It wasn't anything too exciting, but we hopped out for a quick picture by the sign. (Did I mention it was freezing out? And I, like a silly person, did not bring a proper coat?)

Then as we drove along with Francisco as our guide...we got a big surprise. Flat tire! Oh my! We pulled over to the side of the road to put on the spare. Thankfully my job was to be buried with all the stuff from trunk. 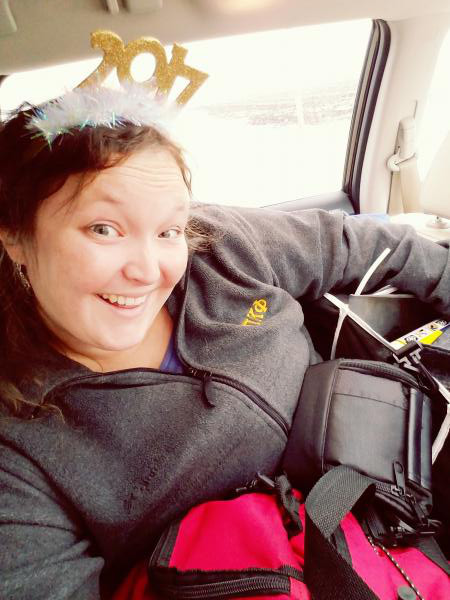 Alexyss helped put on the spare...and by helped I mean basically did it herself while Joel watched. 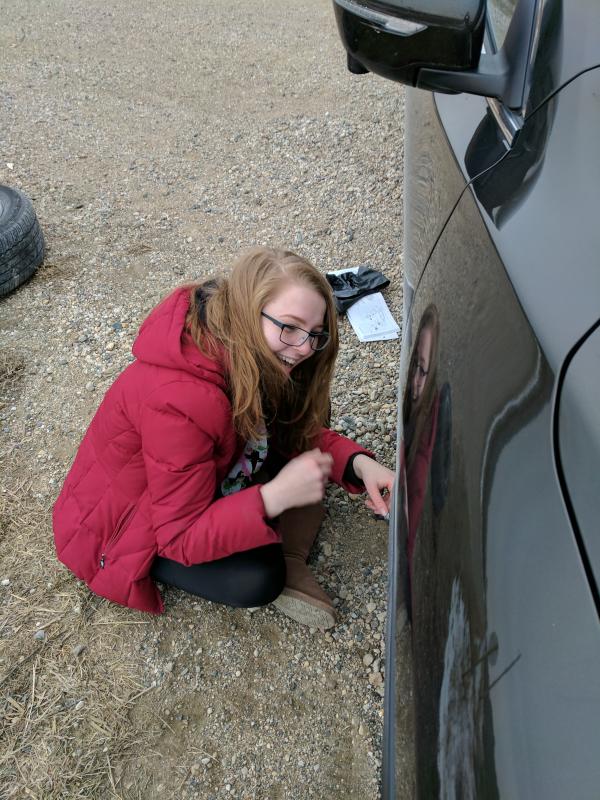 Because this is Iowa a nice farmer stopped by to make sure we were ok. (We were) 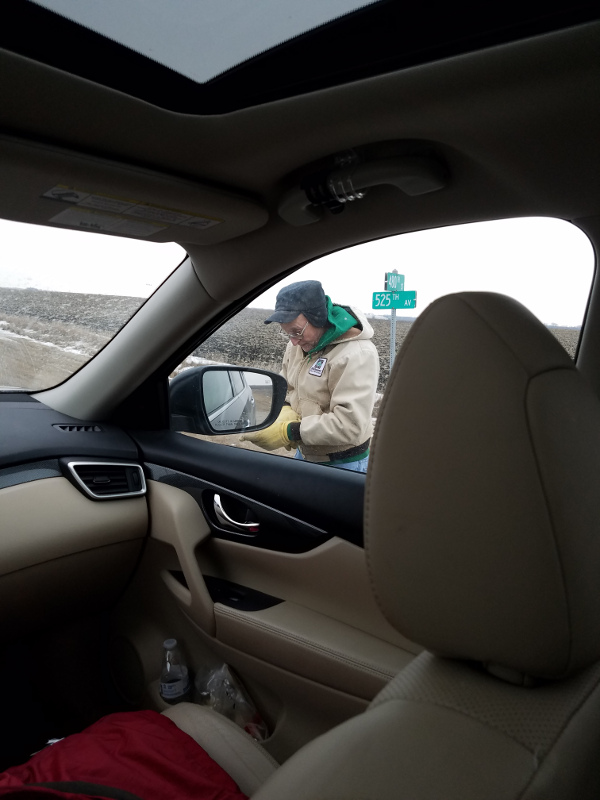 When we got back on the road we decided to go to West Bend to check out the Grotto of the Redemption. Joel took me there on my first birthday we were together over four years ago! Alexyss loved it, but we couldn't stay long because, again, cold. And lots of ice. 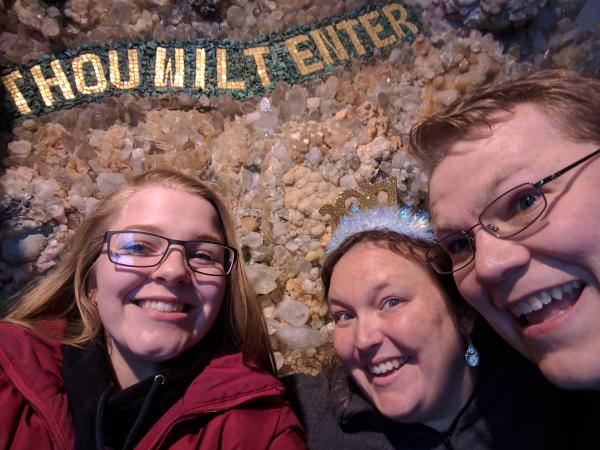 The rest of the trip was getting Alexyss back to her Dad, grabbing a quick bite to eat, then heading home while praying the spare tire would hold up. (Spoiler alert- it did!)

So that was our small adventure to kick off the new year. I can't wait to see where the rest of 2017 takes us!